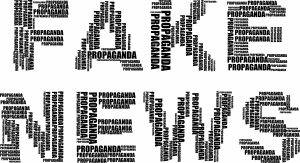 Initially, the mainstream media supported candidate Trump in his bid to become the GOP nominee and defeat the 16 other opponents. They freely provided him with free coverage believing that he would be a weaker candidate against their preferred Democratic nominee and therefore would result in an easy win for the Democratic party. After the primaries and seeing Trump’s resounding success, the mainstream media went on the offensive by digging up anything that could help smear the reputation of the GOP nominee.

Some of the media’s first targets in their smear campaign against President Trump included Trump University, his various bankruptcies, racial and sexual harassment charges during the Miss Universe Contest, additional sexual assault allegations, his charities, and his previous relationships and marriages. The mainstream media and their surrogates tried everything possible, including the leaking of debate questions to Hillary Clinton. Given that there were numerous occasions where the mainstream media had to retract or correct their stories, there is an implication that not all stories were thoroughly fact-checked before being published, thereby pointing to a clear political bias in the mainstream media’s reporting.

The New York Times reported three instances where CNN had to retract or correct their stories. The first instance was when CNN inaccurately reported that Donald Trump Jr. had received the stolen DNC emails from Wikileaks, when in fact the Wikileaks emails were only sent to him after the DNC documents had been made public. On another occasion, CNN published a bulletin that James Comey was going to contradict President Trump’s assertions that he was not under investigation by the FBI. James Comey’s testimony, in fact, mentioned that the President was not under investigation. The third occasion was when CNN reported that President Trump’s adviser Anthony Scaramucci’s ties to a Russian investment fund had attracted the attention of U.S. Senators. CNN later retracted the whole story and did not report on it again.

These callous reports and retractions prompted President Trump to brand the mainstream media as ‘Fake News’, a name that has very much remained with them until today. The American people have become extremely skeptical of the liberal mainstream media. It is indeed an alternate universe where former top brand names in the news media are today scorned by heartland Americans; in some cases, the news agency’s ratings have even fallen below those of a cartoon channel.

Sign Up for Updates on Political and Strategic Genius of Donald J. Trump: Without Fear or Favor